On Sunday, Jan 8th, 2017, I took part in the Walt Disney World Marathon.  Last year I ran 17 races including two Marathons in November (TCS New York City Marathon and Philadelphia Marathon).  I was fresh off what I called my back-to-back championship medals and basically decided to take the entire month of December off from running.  I still went to the gym, but stayed as far away from objects that moved when you press go.  I wore shorts on the plane.  Why? Well, it’s January and I’m going to Florida.  I obviously didn’t check the weather report. –Cue Audrey Hepburn in Breakfast at Tiffany’s—Well, it was freezing Saturday and Sunday would be no different.  This is not your typical Orlando weather so I don’t want to scare anyone away from doing this wonderful race.  Here are 7 things to remember if you’re planning to use a marathon as your excuse to visit Disney World. 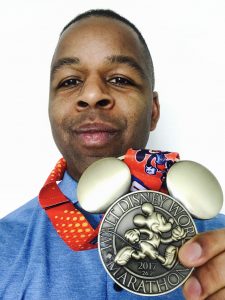 Written By
Charles
More from Charles
I’ve been meaning to take in afternoon tea at one of my...
Read More