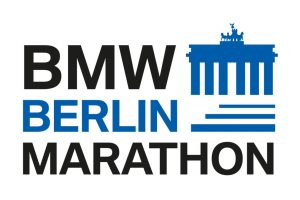 On Sunday September  24, 2017, I ran my 9th marathon 11 months.  I studied German in Undergrad but never been to Germany.  I lived in Italy for almost two years and never went to Germany.  What a sad thing to say aloud.  But finally, I got to Berlin.  After raising money for yet ANOTHER marathon, I got my bib.

After running 8 marathons, you would think the nerves would be gone.  No.  I’m still nervous before every race.  I’m still nervous right on up to the start.  That being said, I didn’t sleep on the plane.  Oh btw, we flew out Friday night and arrived Saturday morning for a marathon that started Sunday morning.  I also slept only 3 hours the night before.  No sleep til Berlin!

So this race was different.  I’m usually rolling up to the races solo on with my partner in crime.  This time I had an entourage.  I must say it was a lot of fun to have a group of friends come all the way to Berlin to see me run a marathon.  Oh and I’m sure they enjoyed touring the city too.  Hahahah

So race day is here.  I wake up.  I get dressed.  I have a limited amount of breakfast because my hotel had no bananas.  Come on Moxy Berlin Ostbahnhof!  Actually, they were really nice and very helpful.  I describe them like a contemporary hotel with the social amenities of a hostel.  Hash tag Awesomeness.  Back to me getting into my Mercedes Benz taxi to head to the Berlin Marathon, which is a World Major.

The start was cool.  We’re all bunched up like usual.  It’s raining.  They even play my theme song! Allan Parsons Project.  It’s like they knew the Michael Jordan of marathons had entered the race.  The race course was great.  With an estimated 1,000,000 spectators, it had a nice consistent group of cheering sections.  Can I say one thing about this crowd?  Mexico rolled deep.  Was I the only one that got it?  Mexico was definitely in the building.  Runners and spectators.  I was quite impressed with how they dominated the crowd.  The race amenities were good but not amazing.  I have honestly only been amazed at two races; NYC Marathon and Rome Marathon.  The squares were the crown jewels of the monuments.  Berlin Marathon also is home of the most world records for Men & Women.  I was definitely honored to run this race.

If you haven’t run this race, I would definitely put it on your wish list.

Written By
Charles
More from Charles
I had the luxury of visiting Seoul in the Republic of Korea. ...
Read More